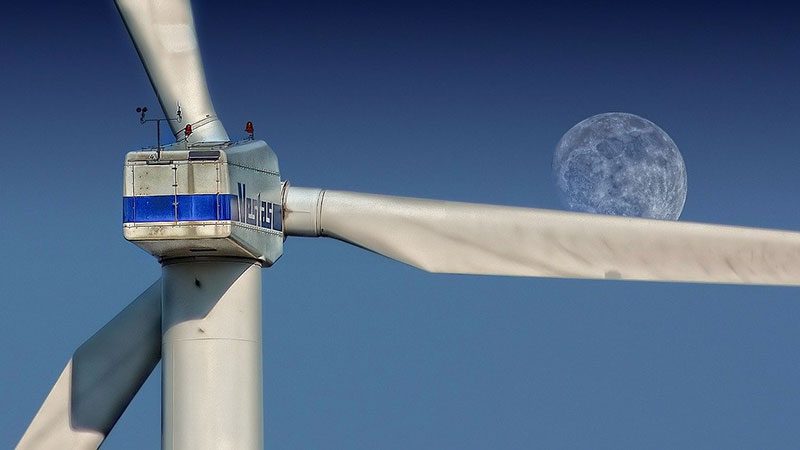 Compressed Air Energy Storage (CAES) uses excess or cheap energy (e.g. from an electricity grid, or from renewable generation) to compress air to high pressure – 70bar is typical. When the energy is needed again, the air is released to power (or help power) a turbine which regenerates the electricity. Because compressed air is not very energy-dense, it needs large volumes and therefore geological storage is used; existing CAES uses salt caverns, which are well-known technology currently used for large amounts of storage of natural gas and other hydrocarbons, hazardous waste etc. Although almost 1/3 of Europe’s natural gas stocks are in salt caverns, there has never been a collapse of such caverns. Salt caverns are man-made within salt basins, which can be found world-wide.

When compressing air to 70bar, it heats up to ~650oC. But air cannot be stored in salt caverns above ~42oC, or the cavern will deteriorate. So traditional CAES wastes the heat of compression in a cooling tower. However expansion from 70bar at roughly ambient temperature cools down the air to ~-150oC. This would freeze not only the environment but also the equipment, destroying it, so the heat needs to be put back in. Traditional CAES puts in the heat of expansion by burning gas. The method used by both Huntorf and McIntosh is to feed the compressed air into a gas turbine, thereby making the turbine more fuel efficient. But it still burns 50-60% of the gas of an equivalent sized power station (for McIntosh; Huntorf is 60-70%), and its round trip efficiency (all energy out:in) is, at best, 50% (Huntorf 42%) though more modern equipment aspires to ~54%. Because the expansion is through specially modified turbines, traditional CAES is only available in fixed sizes.

Isothermal CAES (Lightsail, SustainX, General Compression) realises that the most efficient way to compress air is at constant, low temperature. Therefore they invented novel types of compressor that extract the heat at ~40oC. However this only considers half the cycle: the extracted heat is not usable within the system, so it is wasted. This leaves the same expansion problem as traditional CAES, which they claimed to solve by scavenging heat from the environment: the temperature is low enough for (for example) heat pumps or waste heat from industry to provide it. But the sheer quantity of heat required would overwhelm any such scavenging in anything other than very special locations, e.g. using waste heat from a smelter. And the novel expanders have not been perfected; and the novelty of the compressors does not maximise efficiency, cost-effectiveness or reliability.

Adiabatic CAES balances the heat over the whole cycle of compression and expansion, storing the heat of compression to re-use during expansion. The principles are shown in RWE’s defunct Adele proposal https://www.youtube.com/watch?v=K4yJx5yTzO4 (2’39” video) which proposes to store the heat of compression in ceramic storage riddled with capillaries to diffuse the heat through the ceramic. Bricks are ceramic. This is effectively two night-storage heaters, each the size of a tower block, which would expand and contract, rubbing itself to dust (thereby clogging any channels it can enter) and crushing the capillaries, leading to very high maintenance costs and frequent long outages to re-build the storage. Building and insulating such vessels would be prohibitively expensive.
Storelectric www.storelectric.com has developed its own proprietary adiabatic technology that is highly efficient (~62% at 40MW, rising to ~67% at 500MW), buildable with existing technologies, cost-effective and validated by numerous multinational engineering companies including Costain, Fortum, Siemens and Mott MacDonald. Because it uses “off-the-shelf” compressors and expanders, it is reliable and can be built at almost any size for which such compressors and expanders can be found.