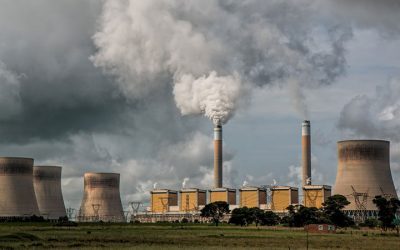 There are two main disadvantages with conventional energy: pollution and concentration.
Pollution is in many forms throughout the process. The worst and most enduring is emissions-related climate change, well proven and fully discussed. But pollution also occurs throughout the supply chain of extraction, refining, transportation, storage and use.
Concentration is that the sources are concentrated in certain countries, producing a network of global haves and have-nots. This extends within countries: the resources tend to be controlled by the few rather than the many, and tend to be used mainly to benefit those few and damn the rest – or at least, let them enjoy the scraps from the table. All this gives rise to corruption and political instability, both within countries and between them, and major power jostling distorting global politics.

Renewable energy is, on the other hand, very well distributed. Almost every single country has enough domestic resources to power itself renewably, from a mix of hydroelectric, solar, wind, tidal (flow and rise/fall), wave, geothermal, and energy from waste (EFW) of various kinds. Depending on one’s view, nuclear may or may not be in this mix. The main issues with renewable energy are control and portability.
Control means having the energy that is wanted when it’s wanted. Hydroelectric is excellent from this; and nuclear, geothermal and EFW are good for baseload with a measure of controllability. But there is not enough available of any of these, so the bulk of energy supply would have to come from intermittent sources: wind, solar, tidal and wave which are both climate-dependent (seasonal) and weather-dependent. The seasonality can be accommodated by an appropriate mix, but the weather-dependence must be supported by balancing services.

Balancing services are of various kinds: interconnectors, batteries, demand response and large scale long duration storage. Interconnectors move energy from where it’s being generated to where it is not, which helps for much of the time but not when large weather patterns settle over large regions – Germany and France have identified that they have to plan their energy systems for when such weather settles over most of Europe for a fortnight at a time, which happens every 2–3 years and much more frequently for smaller scales and durations.
Batteries are excellent at a small scale, from domestic to local grid – their optimum scale is up to 40MW, for up to 2 hours’ duration. They are not geographically limited, and can support fast spikes (upwards and downwards) in both renewable generation and demand. Their limitations are cost (doubling size or duration increases costs by ~85%), lifetime (short, and reducing if used in short, sudden bursts), duration (due to the cost issues, they are mostly exhausted after 15–60 minutes) and pollution in their mining, refining, manufacturing and disposal. There is also a severe limitation on the amount of lithium and other metals available in the earth’s crust, when compared with global need for storage – so lithium and other lightweight/high energy density batteries are best used when weight, bulk and energy density are at a premium: transportation and portable devices, not grid-connected batteries which should use bulkier and heavier chemistries such as lead-acid and flow batteries.
Demand response is the best and cheapest source of balancing, but tends to be limited to ~5% of peak demand which needs to be split into multiple “batches”: if a fridge or heating system is switched off now for 15 minutes, it can’t be switched off again for a few hours, so if such 15-minute periods are wanted more often, the available resource needs to be sliced into “chunks” of, say, 1–2% of peak demand.

So, when push comes to shove, large scale long duration is needed. For example, after dusk on a windless winter evening there are 6–8 hours of peak demand in prospect, which is enough to exhaust all these balancing services very quickly unless there is sufficient large scale long duration storage. This needs to be at the same scale as peak demand plus capacity margin (for faults and special events) minus available baseload. It needs to charge up when renewables are available, which often means at a rate considerably faster than the discharge.
There are two current and one future technology able to deliver this. Current ones are pumped hydro energy storage (PHES) and compressed air energy storage (CAES); hydrogen will be cheap and efficient enough in 5–10 years, but will much sooner be cost-effective in applications (e.g. fuel cells, power-to-gas) in which hydrogen itself is used. PHES is currently the most efficient and is extremely long-lifetime, but is expensive, remote from both supply and demand, subject to evaporative losses in hot countries, and floods valleys.
CAES relies on salt basins currently, and other geologies in the near future. These are widespread and close to both supply and demand. Traditional CAES burns a little over half the gas (and hence emissions) of an equivalent-sized power station. Adiabatic CAES such as Storelectric’s is almost as efficient as pumped hydro and has zero emissions; it is much cheaper than PHES and a similar cost to traditional CAES. Its operating costs are less than those of a gas peaking plant, so they need no subsidies – just a level regulatory playing field. Therefore it alone has the potential in the medium term to balance intermittent generation at sufficient scale world-wide, and therefore is uniquely able cost-effectively to enable renewables to power the world.

Storelectric (www.storelectric.com) is developing truly grid-scale energy storage using an innovative form of Compressed Air Energy Storage (CAES). This uses existing, off-the-shelf equipment to create installations of 500MW, 6-21GWh with zero or low emissions, operating at 68-70% round trip efficiency, at a cost of £350m (€500m) (estimated for 3rd – 5th plant), and a levelised cost cheaper than that of gas-fired peaking plants (OCGT). Capex is one-third that of pumped hydro per MW and 1/75th per MWh; similar to 10-year target prices of batteries per MW and less than 1/1,000th per MWh. There is potential in the UK to store the entire continent’s energy requirements for over a week; potential in mainland Europe and the USA is greater still, with global roll-out planned.
The next stage is to build a 40MW, >100MWh pilot plant with over 60% efficiency, using scale versions of the same technology, for which Storelectric is currently raising funds. Construction will take 2-3 years from funding, and the first full-scale plant a further 3-4 years. The consortium includes global multinationals who cover all the technologies involved, their installation, financial and legal aspects.

Mark Howitt is a founding director of Storelectric. He leads Storelectric’s technical and operations, minimising technological risk, maximising efficiency and environmental friendliness, and speed to market. His degree was in Physics with Electronics. He has 12 years’ management and innovation consultancy experience world-wide. In a rail multinational, Mark developed 3 profitable and successful businesses: in commercialising his technology, in logistics and in equipment overhaul. In electronics manufacturing, he developed 5 product ranges and helped 2 businesses grow strategically.