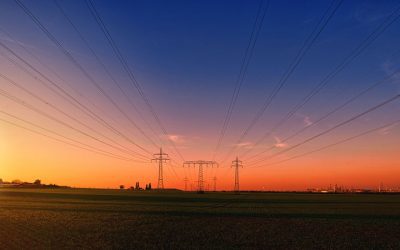 There have been a number of reports claiming that the German experience proves that what’s needed on the system is not baseload (described as “poison”) or storage, but lots of flexibility. A rational analysis of these articles finds numerous contradictions and errors.

Three such articles come to mind, in Forbes, Energypost and Erneuebaren Energie.

Need for Inertia
The articles claim that inertia is not needed to keep the system stable, citing the German example of increasing grid stability. But this increasing stability is for other reasons that rely on inertial systems such as residual generation, hydro, pumped hydro and green (e.g. biomass, green gas) generation, all of which are inertial. Please find here {Needs to link to a Downloads section of the website, with the documents I sent you a month ago} a one-page summary of how we perceive the need for inertia.
National Grid have published their technical requirements for inertia and related stability services here – so they perceive a big need for them. These documents give the technical requirements and data we seek for our solution, to discuss with their Pathfinder people with whom we have an ongoing conversation, and who await our technical response.
Flexibility Not Storage
The error in the “not storage, just flexibility” thinking is very simple: if there isn’t enough energy available to the grid, then there isn’t enough, however flexibly we use it. It’s like wrapping a present: if there isn’t enough paper for normal wrapping, we can turn the present to an angle – like flexibility services. But if there isn’t enough for that, then it doesn’t matter what we do – there just isn’t enough. And, as the one-pager shows, by 2040 there just won’t be enough.
They cite the Norwegian interconnectors as an explanation why flexibility can replace storage, and that the grid is more reliable than ever – but the only reason those do the job is because they connect to Norwegian storage, and their increasing interconnection with Norway is effectively increasing the storage available to the German system. Germany/Austria (they’re one market) themselves have more storage (pumped hydro) than most, even without Norway. So this is what they’re relying on for back-up. And as dispatchable generation assets reduce, so they’ll reach the point at which all this is inadequate – I estimate by 2035.
Please find here {Needs to link to a Downloads section of the website, with the documents I sent you a month ago} a one-page summary of the need for massive storage (not just flexibility) throughout Europe.
“Prices just tell the truth”
No they don’t. Because of the short-duration contracts throughout Europe, there is insufficient investment into infrastructure assets to sustain the system. They’re living off their fat, on starvation rations or less. Special financial instruments (e.g. CfDs, CATOs, OFTOs, ROCs, Capacity Market, Cap-and-Floor …) are needed to encourage any investment, and every special financial instrument has rules and is therefore a market distortion; they add to system cost rather than reducing it. Even interconnectors need subsidies and special arrangements to be profitable. If you’re interested in further analysis and a solution, please read A 21st Century Electricity System here.
Prices in Germany have been “frigged”. The power stations correctly told Merkel that if they can’t make profits they’ll have to shut, leading to blackouts. Quite correctly she ensured that this wouldn’t happen – but did so (a) by putting in place caps and floors on prices and (b) not putting in place incentives to develop large-scale long-duration storage to replace those power stations, so as to get out of this (arguably blackmail) situation. This price rigging means that even existing pumped hydro barely (if at all) makes profits, and new large-scale long-duration storage is not commercially viable.
“Baseload … is too much power when you don’t want it”
Only if the system is wrongly balanced. There’s baseload demand (which fluctuates seasonaly) and variable demand. This leads to 3 roles for baseload, in diminishing order of suitability:

Where demand is (say) below 70% of the time, this would be met by renewables plus storage.
To cover baseload demand, 1GW baseload generation would have to be replaced by roughly 3GW offshore wind plus storage, or 4GW onshore wind plus storage, or 6-10GW solar plus storage, because of load factors and storage efficiency. But in each of these cases the storage must be of sufficient scale and duration to cover the kalte dunkel Flaute, 2 weeks of continent-wide minimal renewables generation. Any dispatchable renewable generation (e.g. hydro, biomass, green gas) can replace the storage in these equations 1-for-1.
They cite the unreliability of nuclear due to trips requiring spinning reserve. This just emphasises the need for inertia (they can’t have it both ways) and reinforces my case for large-scale long-duration storage such as ours, which is inertial at the right scale – and ours is inertial 24/7.
Operating Grids Without Baseload
They cite South Australia as being a wonderful example of where they can operate without baseload generation. This is the same grid that had such widespread blackouts a few years back that Tesla made a very expensive publicity stunt to deliver the world’s largest battery within (if I remember correctly) 100 days or it would be given for free. Not only does that prove the need for storage, but that reliance on it yields enormous profits for that plant – so much so that three other developers are planning similar plants, one of them bigger.
They cite hydro and CSP as “flexible renewable generation” that doesn’t need storage. But both of these use storage intrinsicaly to the system – hydro stores the water behind the dam, and CSP stores energy in molten salt. Therefore they are merely reinforcing the need for storage.
Green gas is efficient as long as it’s not formed by electrolysis, e.g. anaerobic digestion. Because where it’s formed by electrolysis (e.g. Energy Brainpool’s Windgas) its round-trip (electricity-to-electricity) efficiency is too low (currently high twenties to low thirties percent) and total plant costs too high (both capex and opex) so large-scale long-duration storage becomes a much more cost-effective solution.
Trying to balance grids continent-wide (if the wind isn’t blowing in the North Sea, it probably is in the Eastern Med) relies upon a fantastically huge electricity system to redistribute half a continent’s energy needs from any one corner of the continent to any other corner at any given time. The cost of such a grid would be prohibitive, and a grotesque eyesore throughout the continent. How much better and cheaper to invest in large-scale long-duration storage!
The emperor has no clothes.