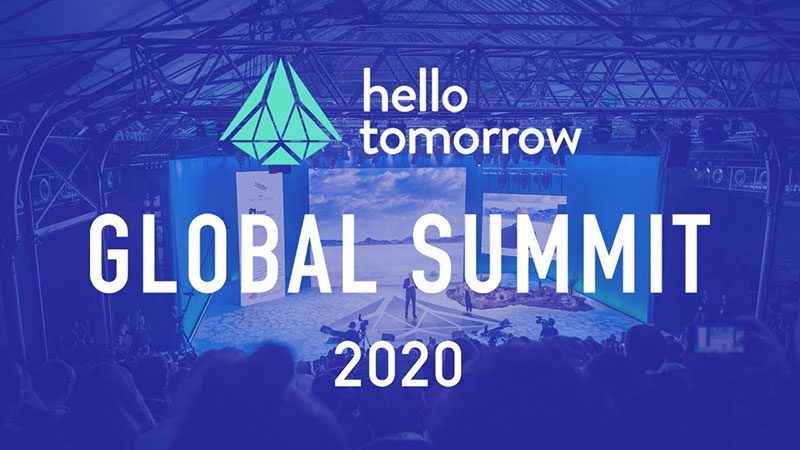 We’ve been named one of Hello Tomorrow’s Deep Tech Pioneers! Selected among more than 5,000 startups from 128 different countries that applied to the Global Challenge. Come and meet us at the Hello Tomorrow Global Summit in Paris on 12th-13th March 2020 and/or the Business and Investor Days on 10-11 March!

Hello Tomorrow is an organisation that seeks out businesses (especially small and start-up) and projects that will help achieve the challenges of the Paris Accord and subsequent United Nations Climate Change Conferences process – its COP25 will be meeting in Madrid next month, and COP26 in London in two years’ time. This award is recognition from a global body that Storelectric’s technologies are a substantial contributors to that fight against climate change, by enabling the de-carbonisation of electricity grids and by supporting the decarbonisation of heating, transportation and industry – all of which will require support from grids.

Arising from a realisation that maybe forecasts were underestimating the need for storage, the Energy Systems Catapult developed a new system model, which they released this month. Their early findings bear repeating here:

This is very much in line with what we’ve been saying now for 7 years. There is no conceivable way in which such amounts and capacities of storage can be delivered without widespread adoption of large-scale long-duration storage such as ours, which puts the ball firmly in the court of BEIS, Ofgem and National Grid to incentivise the construction of first-of-a-kind plants of each technology. And to modify the regulatory system in ways that incentivise both construction and operation of follow-on plants. Mark’s blog this month identifies a very simple way to do all this without a penny of subsidy, which is implementable in staged ways without disruptive sudden change.

The New Statesman has just issued a focus issue on Energy and Climate Change looking at many aspects of the energy transition, with articles from a wide range of ministers, influencers and a industrial players.
To read the full article please click here.

Storelectric has participated in Powergen / European Utility Week in Paris, speaking at their associated conferences. The talk went very well, with about twice as many attendees as seats. The subject was the mix of technologies required to enable a cost-effective and reliable Net Zero grid, in which all technologies (batteries, DSR, interconnectors, pumped hydro and CAES) have proper roles to play – which often differ from the roles they’re currently being asked to play – and Storelectric’s CAES plays a pivotal role. Mark has blogged about this in the past, here.

At the exhibition Storelectric focused on two of the services that our CAES offers grids:

Mark’s thought leadership blog this month considers how each country / region can calculate how much large-scale long duration storage is needed, using Germany as an example.

De-Bunking Fictions Citing Germany
There have been a number of reports claiming that the German experience proves that what’s needed on the system is not baseload (described as “poison”) or storage, but lots of flexibility. According to this month’s blog by Mark Howitt, our CTO, a rational analysis of these articles finds numerous contradictions and errors.