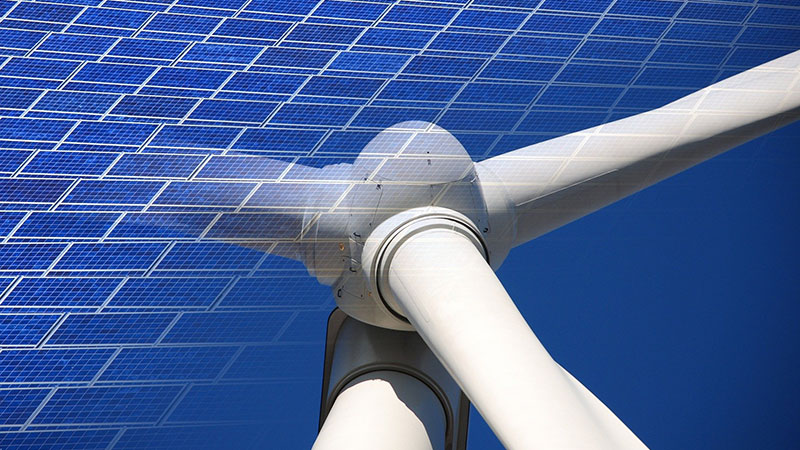 Storelectric has identified a number of critical challenges for the energy transition, and their solutions. These are discussed below.

Most renewables generate electricity intermittency, i.e. when it wants to. This applies to wind, solar, tidal and wave energy. But we want the electricity when we want it: a constant “baseload” demand to which is added variable (time of day, day of week, and weather related) demand. Long-duration storage is needed at the same scale as renewable generation in order to turn its intermittency into on-demand (“dispatchable”) energy.

If grids are (very expensively) reinforced to cope with the ups and downs of intermittency, then not only are they building to 2-8 times the capacity that would be required if the renewables had connected through Storelectric’s storage, but also they would not have the balancing services or stability (inertia) injected at the point of greatest need – at such grid connection. Consequently, not only will the grid have to buy such services separately and more expensively, but also they would have to reinforce the grid to such other suppliers. This risks making the energy transition inordinately expensive in both capital and operational costs, disruptive in grid construction, and less reliable and resilient as the services are delivered far from where they would do most good.

During “times of system stress” (i.e. high demand and/or low renewable generation), the UK already relies on imports through interconnectors to keep the lights on. Such times include after sunset on a windless winter evening; weather patterns can extend this for days or even up to a fortnight. Indeed, the kalte Dunkelflaute (“cold dark doldrums”) is a weather pattern that extends it for a fortnight over most of Europe, every couple of years; over only a few countries and a few days, it is much more frequent. However, the energy transition plans of all our neighbours (except Iceland, Norway and Switzerland) also rely by 2040 on imports during such times. So, if all are importing, who is exporting? So the only way reliably to keep the lights on is to have sufficient zero-carbon generation (e.g. nuclear, biomass, anaerobic digestion) and storage for such periods.

The only factors compelling our neighbours to adhere to export contracts during “times of system stress” are the Single Market as enforced by the European Court of Justice. Neither will apply post-Brexit. So, during such times of system stress, it will become politically unacceptable for any continental utility to tell their government that a domestic blackout was because they could earn a few million Euros exporting the required energy to the UK. This actually provides a political imperative for our neighbours to cut off their exports to the UK in our times of greatest need. Therefore, unless we store sufficient electricity domestically, our lights will go out some time, sooner or later.

The Brexit conundrum does not apply solely to Britain. It applies to every single grid around the world, that depends on imports during times of system stress. This is because every exporting grid will (and, politically, must) prioritise its own consumers over exports. Therefore every grid globally should plan on storing sufficient electricity to tide it through its worst-case periods of high demand and/or low renewable generation.

Because of this intermittency, to accommodate peaks of generation wherever storage is built, grids need to be at least tripled in size. This is unaffordable and the new transmission lines would be a major blot on the landscape. However, in turning intermittency into dispatchability, large-scale long-duration storage can halve or even eliminate such reinforcement needs.

From time to time, faults will always occur on grids. Any failure, where there is no natural inertia, creates a step change in current, voltage and grid frequency. Before the widespread black-outs in the UK on 9th August 2019, it was believed that DC connected systems (e.g. batteries, interconnectors, wind and solar) can provide “synthetic inertia” to replace the real inertia being lost by the closure of power stations. However “synthetic inertia” is a very fast response time; any response time whatsoever is a delay, which produces a spike on the mains known as a RoCoF (Rate of Change of Frequency) event. It is those RoCoF events that turned two initial trips into a country-wide cascade of trips blacking out a million people’s homes, infrastructure, hospitals and industry. While “synthetic inertia” is good for recovering from faults, only real / natural inertia can prevent them cascading.

Grids need to put in place contingency plans for when the grid fails totally, and so doesn’t have the power for power stations’ start-ups, or frequency to which generation can synchronise itself. The UK National Grid has researched ways of delivering this from distributed resources and found that this is costly, exceedingly complex, greatly increases the time for restoration (to many hours, rather than minutes) and, in many cases, is impossible as lower-voltage grids often cannot provide what is required to energise the next voltage level upwards of the grid. Large-scale long-duration storage can do this, with suitable configurations.

What is needed for all these challenges is suitably configured large-scale long-duration storage – as all such technologies are naturally inertial. And Storelectric has spent almost a decade developing a portfolio of the world’s most efficient, cost-effectively and widely implementable such technologies, based on Compressed Air Energy Storage (CAES), which is very profitable in today’s market and will become increasingly so as the energy transition progresses.

All large-scale long-duration storage takes years to plan, build and connect to grids. Therefore to keep the lights on in 2030, grids need to start building their first such plants in 2021 in order to have enough built by 2030. And as these plants will be a requirement for 2050 Net Zero grids, starting now is the best way to minimise the costs and disruption of the energy transition.