Global Lessons from the Texas Blackouts 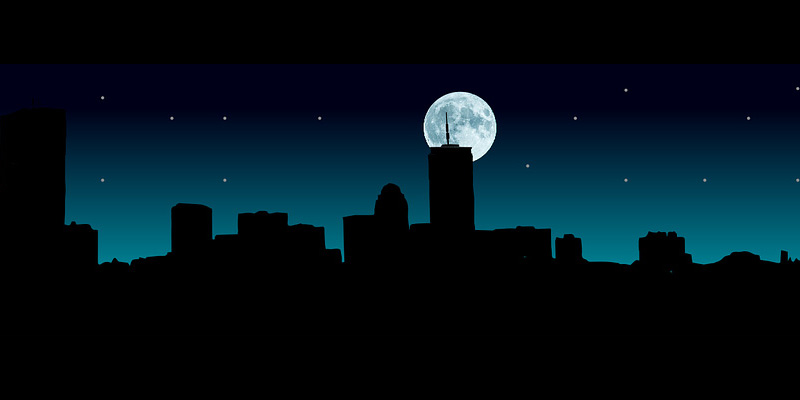 Three severe winter storms swept across America in the period February 10-20, 2021. While causing many problems across the country, in Texas they caused widespread blackouts, affecting almost the entire population in rolling brown-outs and total blackouts, peaking at 4.5 million at a time on 16th February. The power system collapse was due to failures in nuclear, coal and gas-fired power stations (totalling about 40% of generation capacity) and the grid; some wind farms also seized up but they are such a small part of the energy mix that this was largely irrelevant. However that fact didn’t prevent die-hard climate-change deniers trying to blame the energy transition for the black-outs.

The immediate reaction was to blame human error and to call for heads to roll. But we believe that these are kneejerk reactions that miss the point: the cause was actually systemic – legislative and regulatory.

While many people claimed that such freezing weather in Texas is so extraordinary as to be unpredictable, there was “a similar series of outages almost exactly a decade ago” in February 2011. Indeed, such storms are an occasional feature through Texan history, and climate change is making such extreme weather events increasingly frequent. Subsequent legislation and regulations required power generation and fuel delivery equipment / infrastructure to provide reserve generating capacity and to winterise.

However the Texan energy market is very lightly legislated and regulated, so there was little that the authorities could do to enforce these actions, or to penalise inaction. Trading is almost entirely for energy, so there is no remuneration for value-added services such as reliability and reserve. And trading is exclusively for short-duration contracts which can most cheaply be fulfilled by patching up clapped-out fully-amortised plants rather than building new ones or investing in upgrades; to pay for such investments, longer-duration contracts are needed: we have analysed this before, in further detail.

Texas’ grid is isolated from those of the rest of the country, deliberately, in order to avoid federal oversight under constitutional inter-state trade provisions. And the rest of America didn’t suffer similar blackouts despite enduring the same storms. So many have contended that the solution is to interconnect the grid with the rest of the country.

Breakthrough Energy Scenarios (see below) claims that, “A sunny day in southern California could provide power on a windless day in the Midwest”, is falling into the common trap of considering normal times. There are periods (such as the recent cold weather over the entirety of contiguous USA) where there is no (or insufficient) renewable generation in one corner of the country to compensate for a lack in another, no matter how well interconnected. REBA Institute’s analysis “Designing the 21st Century Electricity System” makes the same mistake.

Even if it were possible to guarantee that renewable energy will generate in some corner of the country when not generating in others (which is the justification behind the European Union’s very expensive headlong dash for interconnectivity), building a grid to accommodate this would be prohibitive both financially and environmentally. First, there would have to be an enormous over-build of renewable generation capacity in each corner of the country, to generate enough to make up for occasional under-generation elsewhere. Secondly, the interconnection capacity would have to be sufficient to carry all the energy that is needed in the low-generation part of the country – hundreds of gigawatts in each direction.

For this reason the proper role of interconnectors is not to provide such basic resilience (because it fails in circumstances that occur periodically and inevitably), but to limit costs and price volatility, while also enhancing grid resilience; unless there is resilience already within each region, there is little that the interconnectors can do to enhance it. Therefore the solution must have enough storage to power every part of the grid for as long as such weather patterns last.

Texas has had Smart Meters for many years which, combined with its energy-only market, led to large-scale consumer (demand-side) involvement with flexible tariffs, which provides a degree of levelling of peak and trough demand; this is an aspiration in many other markets. However the black-outs demonstrated that, while they provide operational benefits, such measures do nothing for the strategic development of the grid, or for development of its Net Zero, balancing, ancillary and stability needs. The limitations of such an approach must be recognised and counteracted by well-balanced market and strategy.

The Energy Transition – the first 70%

As reported by Bloomberg, a model from Breakthrough Energy Sciences (BES) (a division of the Gates-founded organization that works to promote innovation that will help eliminate greenhouse gas emissions) states that “at a cost of $1.5 trillion, the U.S. could reach 70% carbon-free electricity and reduce its emissions by 42% by 2030. All four of their scenarios require a massive scale-up of wind and solar farms; the main difference is how the clean energy that’s generated is distributed along power lines. And, crucially, decarbonization of the grid will have to happen even as it has to be made more resilient to extreme weather events that will increase in frequency.”

“Ultimately, we need to find ways to make the grid more robust to all of these kinds of challenges,” said Dhileep Sivam, vice president of BES. “This report is really a call to action to do that.”

This analysis (and many others) says “finding ways to better transfer electricity across the country is key to increasing the amount of renewable energy on the grid. For example, there may be strong winds at night in Texas just as people in Los Angeles are turning on their televisions in the evening. A sunny day in southern California could provide power on a windless day in the Midwest. It could also help avoid the problems that Texas faced during its recent cold blast, which affected plants that were solely reliant on coal, gas or wind for power generation.”

The Energy Transition – the final 30%

Moreover, this looks at the first (and easiest) 70% of decarbonisation, which they already cost at $1.5trn. It’s the last 30% that is the difficult and expensive part: the entire difference in electricity supply is likely to be powered by asynchronous, intermittent renewables – especially wind and solar, but also tidal, wave and other. By this time there will remain little or no scope for further increases in hydro, biomass or syngas from anaerobic digestion: these are all part of the easier first 70%. And the grids will be saturated with intermittency, again by the first 70%. So the last 30% will need sufficient grid and non-grid assets to accommodate intermittency, balancing and stability. Unless a very large proportion of the renewables (including from the first 70% of the transition) are connected to the grid through large-scale long-duration inertial storage, the grid must be sized to accommodate:

In a different report, Blomberg states “The existing network just isn’t sufficient to achieve the scale of wind and solar power that Biden needs, says Jesse Jenkins, an assistant professor at Princeton University. Getting to a fully green grid “would require a new nation-building mode like we haven’t seen since probably the post-war period, when we built the highways and did rural electrification.” He estimates that the U.S. needs to expand its transmission grid by as much as 60% for wind and solar to make up half of U.S. electricity capacity by 2030.”

If that’s what’s needed by 2030, how much is needed by 2050? Without sufficient suitably located large-scale long-duration inertial storage, the answer is both financially and environmentally prohibitive.

Much cheaper and more efficient, as well as more stable reliable and resilient, is to build the balancing and stability services where they’re most needed: before the disturbances (from intermittent renewables) get onto the grid. As the REBA Institute’s article says, “Wind, solar, and storage increase the capacity value of each other, so that their combined capacity value is greater than the sum of their parts“, but only if the scale and duration of storage is big enough.

Moreover, the assets required to do this (as well as to do the first 70%) are long-lived assets. This means that those we build now will still be operational in 2050, less than 30 years hence. So all new assets built now must be 2050 (zero-carbon) compatible, or we will be building in additional obsolescence, cost and disruption into the energy transition.

The REBA Institute states that “The power system has always used a portfolio of generation technologies because few resources economically offer all three of the primary services necessary for reliability: energy, firm (or “dispatchable”) energy, and flexibility.” Storelectric’s CAES offers all of that as (to a lesser extent) do most other large-scale long-duration electricity storage technologies.

And while the REBA Institute is correct that “It is not always feasible nor efficient for each customer to match their individual load and clean energy purchasing by time and location.“, they fail to see that the same applies to storage: relying on the grid for back-up is both more feasible and more efficient. So the question is: “what’s on the grid providing that back-up?” Only large-scale, long-duration, inertial storage.