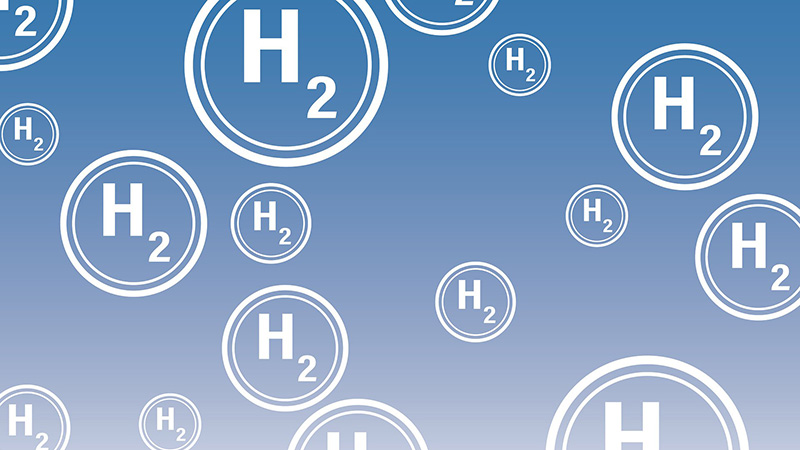 Hydrogen is an essential part of the Net Zero economy, so we support funding for developing its technologies. However it is not a panacea for everything; in particular its scope does not include balancing renewable generation or the electricity grid – see The Future Role of Hydrogen. As with all technologies, it has its  strengths and weaknesses; those strengths mean that it should be (with electricity) one of the world’s principal “energy vectors” or ways of transferring energy from source to point of use.

Because it is such an essential part of the economy, its scale must be large, and so must the potential scale of all beneficiaries. Electrolysis currently uses one of three processes, all of which are totally unsuitable for the TWh scale of the need:

Current alternatives are Steam Methane Reformation (SMR) with CCS, and its Coal equivalent. Coal should be ruled out instantly – see Coal Gasification, below: in a much more energy-intensive process it intrinsically creates our times as much CO2 per unit of hydrogen output than does SMR.

CCS is not 100% efficient, and it uses consumables (such as catalysts) that also have a substantial carbon footprint, so all emissions would need to be balanced by negative emissions elsewhere. It is unlikely that any SMR+CCS application would qualify as “net zero hydrogen” at any cost, and even less so at reasonable cost.

All this CO2 needs to be captured, transported and stored. Capture is relatively easy, as it only needs the hydrogen removing, but it imposes inefficiencies on the gasification plant, mainly by means of its back-pressures. While carbon capture reduces power station efficiency by 30-40% (see, for example, studies by Harvard and Stanford Universities), the reduction imposed on a gasification project is likely to be less owing to the higher concentrations of CO2 and the greater difference in molecule size between it and H2; nevertheless, the efficiency penalty is likely to be substantial.

These processes are difficult (CO2 is notoriously prone to changing its phase and physical flow properties) but relatively well known. Here the issue is leakage: what happens if there’s a leak in the capture plant, the pipeline or the final store (e.g. an earthquake disturbing the cavern, depleted hydrocarbon well or injection site)? The resultant gas emission is half as dense/heavy again as chlorine gas, notoriously used as a poison in World War 1. While it doesn’t attack the lungs in a similar way (though carbon monoxide does), it does asphyxiate by being a dense cloud of gas without oxygen. With its increased density, it would hang around much longer than chlorine, and remain such a cloud as it is blown in light winds, potentially over population centres and (if at sea) shipping. Whereas chlorine gas is visible, can be smelled and can be counteracted by measures as simple as breathing through a wet cloth, carbon dioxide does not have these advantages.

It is true that methane is stored naturally underground, but when there’s a natural emission there is no legal culpability as it is an “act of God”. But if a company or country had put the gas there, it would be liable for that gas until the tectonic plate is subducted some tens of millions of years later. It is this liability that the six countries around the North Sea said that they could not underwrite, asking the European Union to do so; when the EU said in 2015 that they could not do so either, about a fortnight later the White Rose and Peterhead CCS projects were cancelled. This may be a coincidence. There has, more recently, been some progress on developing liability protocols internationally, but there is (as yet) no legally binding treaty: it would be hard to defend in law as life is the most fundamental of human rights.

The chemical formula for Steam Methane Reforming is CH4 + 2H2O = 4H2 + CO2. Therefore coal gasification produces four times as much CO2 per unit of hydrogen than does methane reformation.

Due to process inefficiencies there will be some carbon monoxide (CO) mixed in, but this can be treated as carbon dioxide, so it’s not a big issue – except that it’s even more corrosive than carbon dioxide. The bigger issue is other outputs, such as carbolic acid (C6H6O) and other acids which will also be formed by the process. And, of course, it must be done anaerobically otherwise one of these products (Toluene, C7H8) may react with the 78% nitrogen in the air to form tri-nitro-toluene, better known as TNT. And, of course, there’s benzene (C6H6) and other such by-products, all of which will need to be minimised (hard to control a process finely down a coal mine), extracted and disposed of / processed in some way.

Therefore the biggest focus for R&D should be on high volume electrolysis that does not involve noxious or carbon-intensive inputs including electrolytes and catalysts. There are such technologies around, but their development is not being funded – promising start-ups in this field have been founded and gone bust for lack of funding.

A secondary scope for R&D would be innovations to support the conversion from methane to hydrogen, reducing its costs and disruption. This would include gas networks, storage, industrial equipment and domestic appliances. It could (for example) involve some way of coating or treating components to make them resistant to leakage and/or embrittlement.

A third R&D focus should be for decarbonising industrial processes, such as:

A fourth target should be for synthetic fuels, e.g.

This is because some transportation segments are very hard to decarbonise, notably aviation (a fast-growing 2% of emissions) and shipping (almost as much, also growing). Both ammonia (NH4) and methanol (CH3OH) are strong contenders for shipping. Methanol can be made from methane but, like methane, carbon dioxide is a combustion product, so it will not help decarbonisation unless the methanol were to be made from CO2 captured directly from the air; therefore ammonia should probably be favoured.

A final portion of R&D should be for “any other related innovations” that fit the funds Net Zero Hydrogen intent but don’t fit the above criteria. Examples may include:

Storelectric holds a patent (WO2019GB52168) for using the heat of compression to catalyse electrolysis, making it more efficient. The protection is broad and strong, and Storelectric is looking for partners to develop it into a commercial process. It will enable a much more synergistic integration of the electricity and hydrogen energy vectors, their integration with renewable generation, and applications that require heating and cooling.