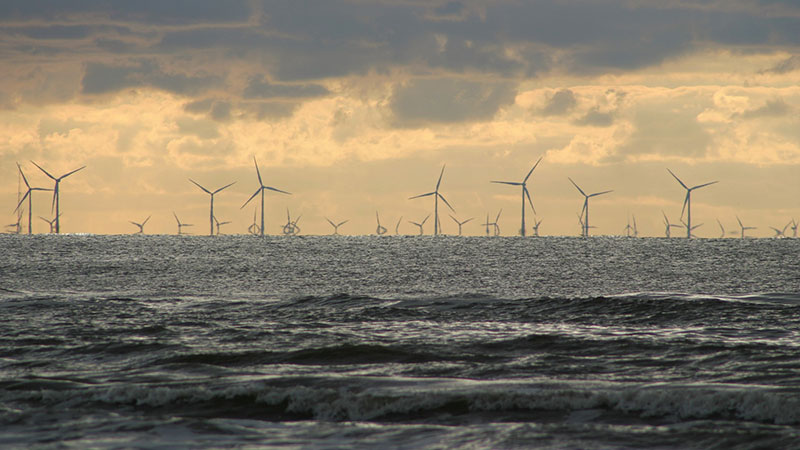 Over the last few years, markets have appeared to contradict predictions that the differential between peak and off-peak pricing will grow. However this is not the whole story, and not the story as it relates to Storelectric.

Therefore, despite the dreadful Ofgem decision to mis-classify storage as generation, our business case remains intact and strong. And their constant tweaks of the regulatory system just proves what we have been saying all along: the only way to mitigate regulatory risk is to have the most flexible plant, able to accommodate any changes in commercial arrangements – and we know of no plant more flexible and capable than ours.

The Prime Minister’s anouncement that the government will support an acceleration of offshore wind deployment in the UK is perfect for Storelectric’s business case:

National Grid’s Winter Outlook Report this year shows a de-rated capacity margin of 4.8GW or 8.3% (p7). This looks healthy, though neighbouring countries’ grids target 10-15% margin. However there are a number of concerns with it in relation to their analysis techniques, the sources of generation on which they are relying, and reliance on interconnector flows (for which, see the blog below). This merely emphasises the need for lots of large-scale long-duration storage.

If you wish to know more, please also see this one-page summary of Storelectric’s business and technologies. Some of our designs’ most notworth features is that they are: Simplifications (not complications) of existing plants – Green CAES ™ is a simplification of Huntorf, CCGT CAES is a simplification of McIntosh; Use existing equipment of any frame size; Validated by numerous engineering multinationals; Cheaper, more efficient and more cost-effective than competitors; Lower technology risk than almost any other innovative solution in this field. 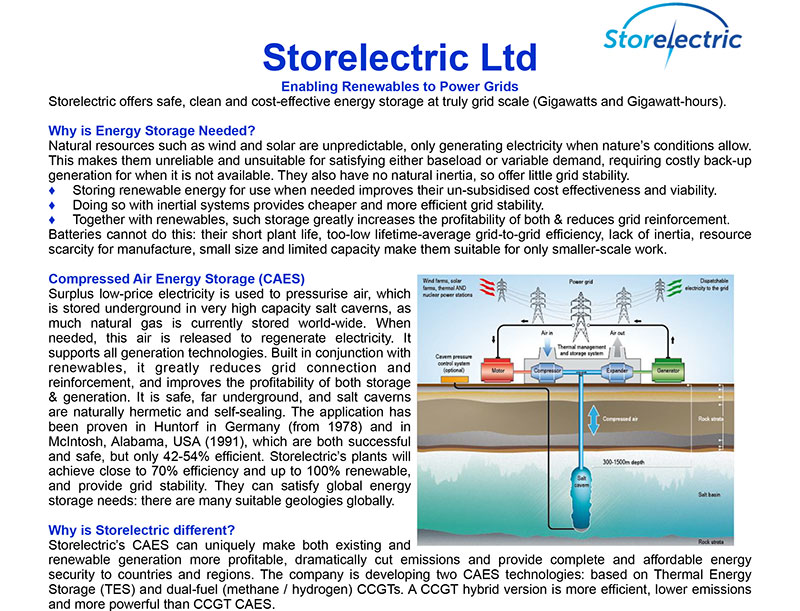 This month, Mark writes very briefly about interconnectors and imports. To summarise, by 2040 the energy transitino plans of most European countries rely on imports during largely concurrent times of system stress. If nearly all are importing, who is exporting? Without sufficient large-scale long-duration storage, widespread black-outs and brown-outs are inevitable.

Storelectric has won another award, Most Outstanding Compressed Air Energy Storage Specialists 2021 from CorpToday magazine / plarform. We have been winning all manner of awards since 2013. All we need now is the investment to build a plant…