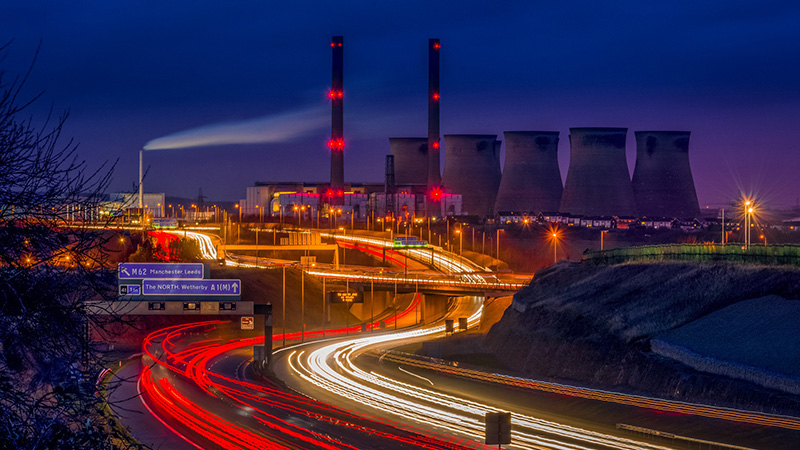 It has been widely reported that grid balancing costs in the UK have doubled between September and November, which is concerning both Ofgem and National Grid. The latter have instigated a review, which the Ofgem awaits before deciding on any actions.

This is entirely in line with dispassionate analyses of the electricity system. These increases are not a market failure, but the market responding to a lack of large-scale, long-duration, inertial storage, caused by bad regulation and its related incentivisation. The solutions are simple, summarised with the simple analysis of the cause. None of these solutions are specific to Storelectric; all would benefit the system as a whole, generators, service providers of all kinds and (especially) providers of any large-scale, long-duration, inertial storage including pumped hydro, liquid air and others. The only losers would be fossil-fuelled incumbents with vested interests in the status quo.

The Energy Transition in electricity is very simple: the replacement of dispatchable, inertial power stations with intermittent, asynchronous generation.

By treating the energy transition as complicated, governments, regulators and grids and therefore make it very complicated and increasingly expensive. At first they only addressed the first element (dispatchable => intermittent, which delivers energy availability when needed) and, to this day, most people discuss storage only in terms of balancing and arbitrage. But the second element (inertial => asynchronous) needs addressing at the same time because that is what delivers grid stability, becoming important when renewables grow above approximately one-third of generation at any given time.

In trying to understand and address the challenge, the regulator and grid salami-sliced it. The first element (intermittency) became a capacity market and a Balancing Mechanism that has many contractual sub-divisions. The second element (grid stability) has been shattered much more, into synthetic inertia, dynamic containment, voltage and frequency regulation, phase-locked loops and more. Such sub-division actively prevents solutions that address multiple aspects of the challenge, making the challenge increasingly difficult – indeed, impossible – to meet. And short contract durations with short lead times
between contract award and delivery, together with an abject refusal to contract (or even provide enforceable letters of intent) pre-planning, prevent major capital investment to build plants that answer the challenges.

The third element of the energy transition, which is also getting costlier exponentially, is the cost of the grid itself. Many analysists have predicted that grids need to at least treble in size during the transition – but we point out that this need not be the case if major renewables installations were connected to the grid THROUGH suitable-scale inertial storage, saving billions in both capital and ongoing annual O&M and amortisation costs. Not only that, but it would also greatly reduce the procurement costs of balancing and stability services, and the cost and complexity of managing the system at all levels from contractual and financial down to the control room. But regulations are almost perfectly designed to prevent that by enforcing a separation of the interests of renewables, storage, grid assets, grid operation and OFTOs, as well as by the above salami-slicing and shorttermism. A piecemeal structure engenders piecemeal approaches with gaps, conflicts and insoluble issues. The regulations must be changed.

Bankability of investments depends on minimising regulatory, technical and commercial risk. The higher any of these risks are, the higher the cost of money which leads directly to a more costly energy system.

Regulatory risk is high and increasing as regulators world-wide work out both how to manage Net Zero grids and how to get from here to there.

Technical risk is mis-defined by markets as first-of-a-kind (FOAK) of anything, regardless of the amount of risk of a technical nature. Therefore such FOAKs need support (not necessarily financial) from both regulators and the grid if they want to maximise the variety of technologies on the grid, maximise competition and improve the cost and opportunity to develop the best technology mix whether by market forces, by selection or by a blend of the two.

Commercial risk depends on certainty of future revenues over the amortisation life of the plant. This can be minimised by lengthening contract durations and by minimising risks of losing key contracts, such as an inertial plant winning contracts for energy but not inertia. The later such contracts are put in place, the more expensive the earlier stages of plant development and construction will be, correspondingly increasing the cost of the plant and reducing the likelihood of it ever being developed. Therefore to minimise the cost of the grid (hence cost to consumers), long-duration comprehensive contracts are needed, with a degree of certainty pre-development.

Despite all these headwinds, Storelectric uniquely has technologies that can operate profitably (merchant) in today’s market. All we need is to build the first.