The Lockdown: A Partial Test of the 2030s Grid 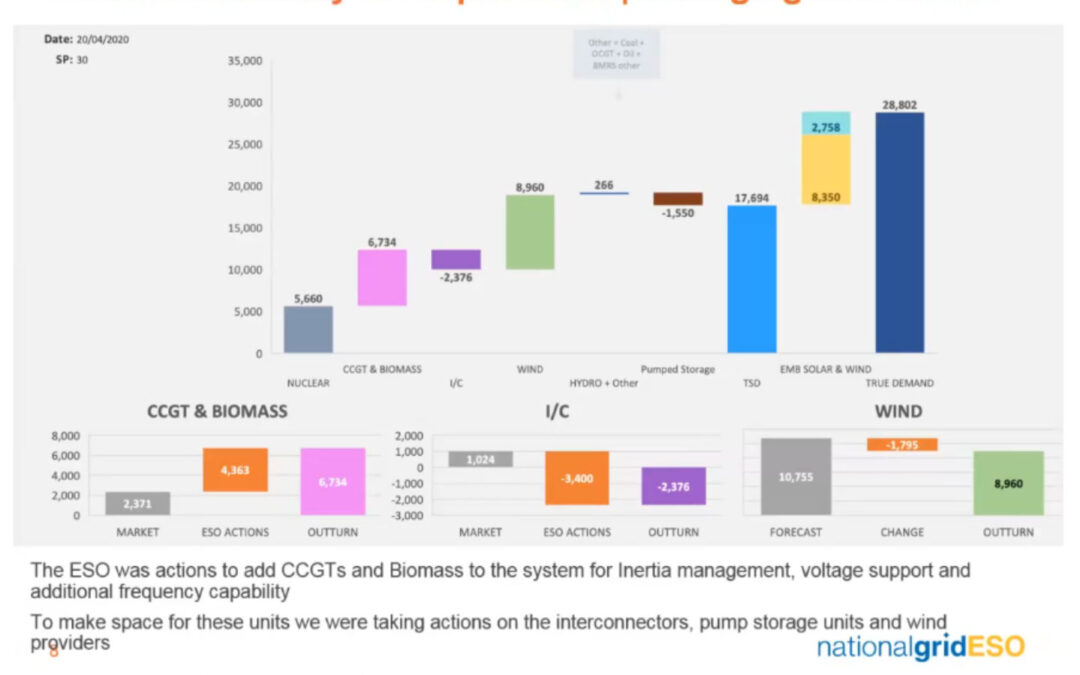 The lockdown is providing a trial run of the “summer minimum” challenges of operating the grid as it will be in the 2030s and 2040s, with renewable generation as a high proportion of demand. Demand was historically low and renewable generation historically high on both the distribution and the transmission grids. Not only did this mean that electricity flows through the transmission grid dropped severely, but also inertia dropped to levels that required extensive intervention.

In their Future Energy Scenarios 2015, National Grid declared that to keep the grid out of black-start conditions at least 5GW must flow through it. Based on then-known distributed solar generation, they believed that they risked dropping below this figure by 2035 in the worst-case scenario. However they had underestimated solar by 3GW and omitted to consider distribution-connected wind, so the first time they hit the 5GW threshold was actually in August that same year. 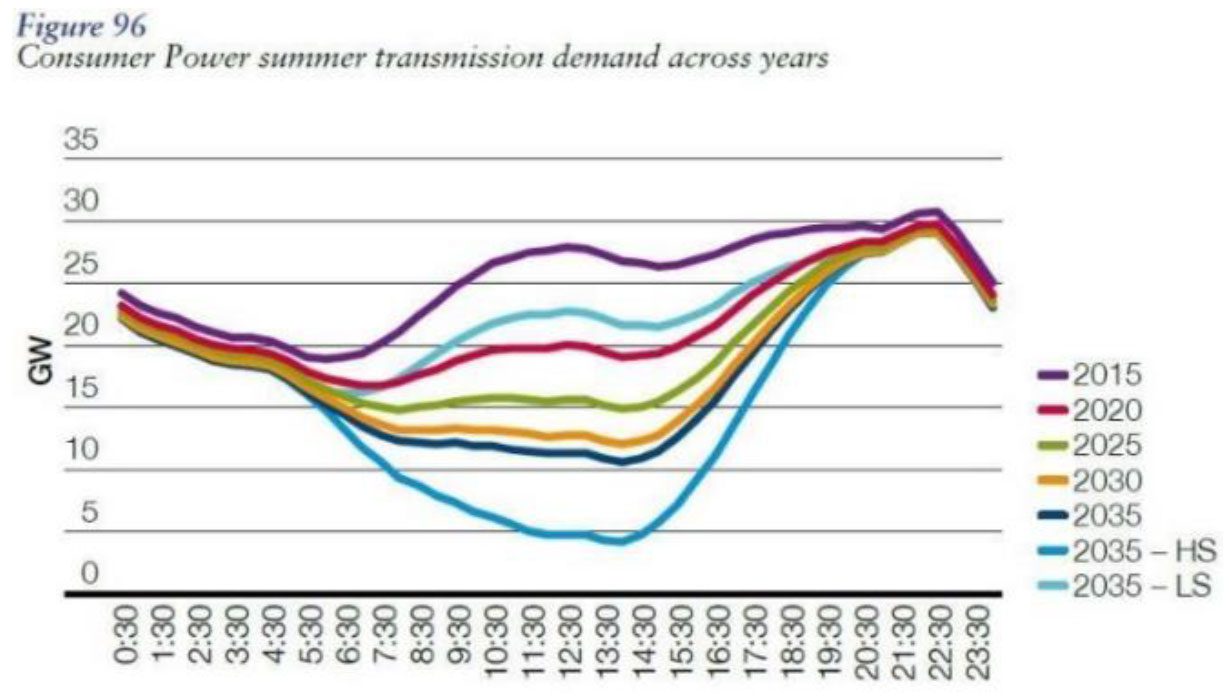 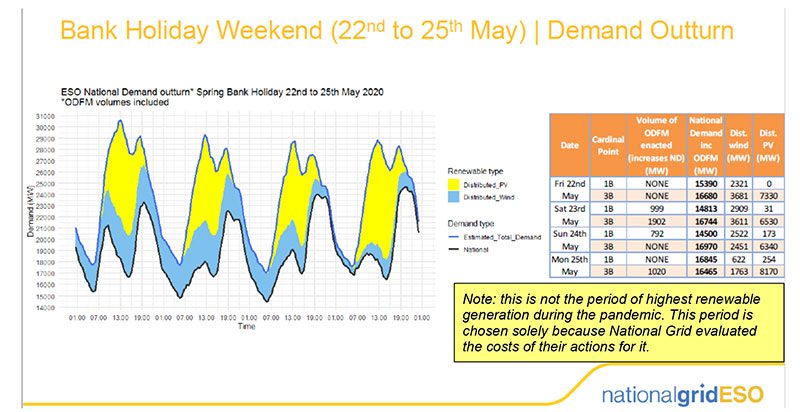 During the COVID-19 Lockdown, demand has plummeted as a small increase in domestic consumption has fallen far short of a huge decrease in industrial and infrastructure (e.g. trains) consumption. Simultaneously the weather was perfect for renewable generation for weeks on end, with unseasonably strong sunshine combining with persistently strong winds. As a result, afternoon minima dropped below overnight minima on the transmission grid.

As fossil fuelled power stations continued closing during the last decade, it became apparent that they were providing many more services than just energy. Prime among these was inertia, with related capabilities such as real reactive power / load, ROCOF (Rate Of Change Of Frequency) and Phase Locked Loops – and many that are still more esoteric.

What is inertia? In a car, if the engine fails the weight of the car provides the momentum that means that it slows gently, enabling it to come to a save halt. Those in the car are protected. Without that momentum, the slow-down following the engine fault would be like hitting a brick wall. Inertia is momentum for rotating machines: power stations, being large rotating machines, have it in abundance whereas DC connected systems (including solar and wind generation, and interconnectors) don’t.

Therefore as power stations close, replaced by DC-connected generation, inertia drops alarmingly. The fundamental cause of the black-outs across the UK on 9th August 2019 was that two initial trips, one in a power station and the other in a wind farm, turned into a cascade of subsequent trips around the country because there was insufficient inertia on the grid.

And inertia is dropping very fast: this graph shows how it’s decreased over the last decade 2009-19, and is expected to continue to decrease 2020-29. National Grid has initiated many investigations and activities into these, including a number of new contract types and pathfinder activities (in the yellow box on the right of the first link) in order to contract for these stability services. All versions of Storelectric’s CAES can provide all these services 24/7, regardless of whether charging, discharging or neither. 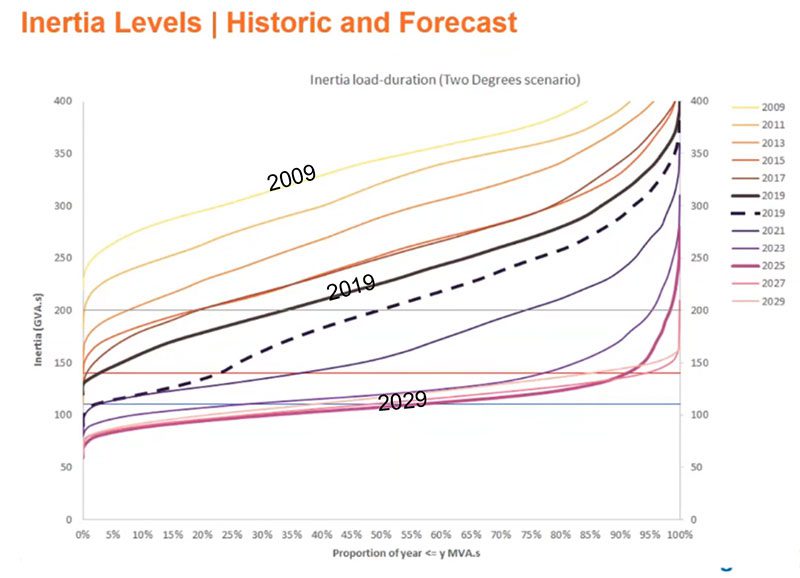 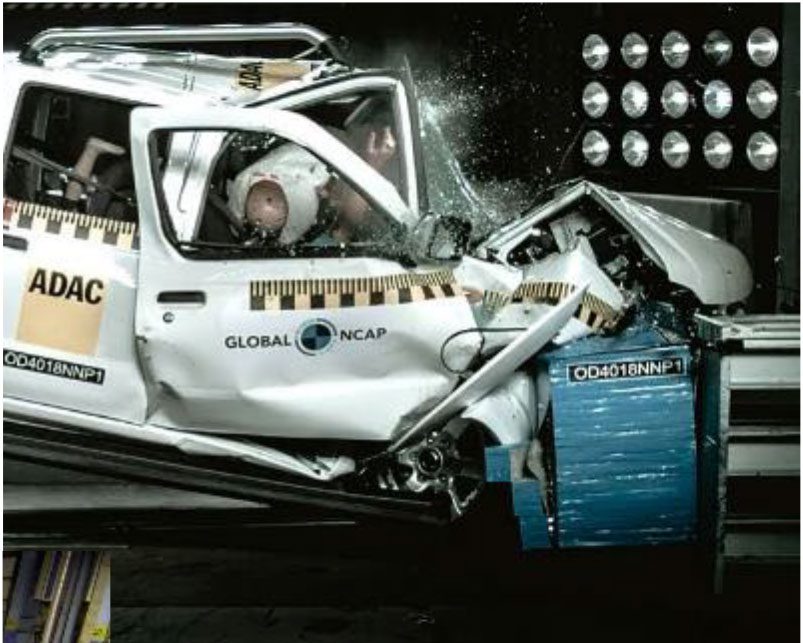 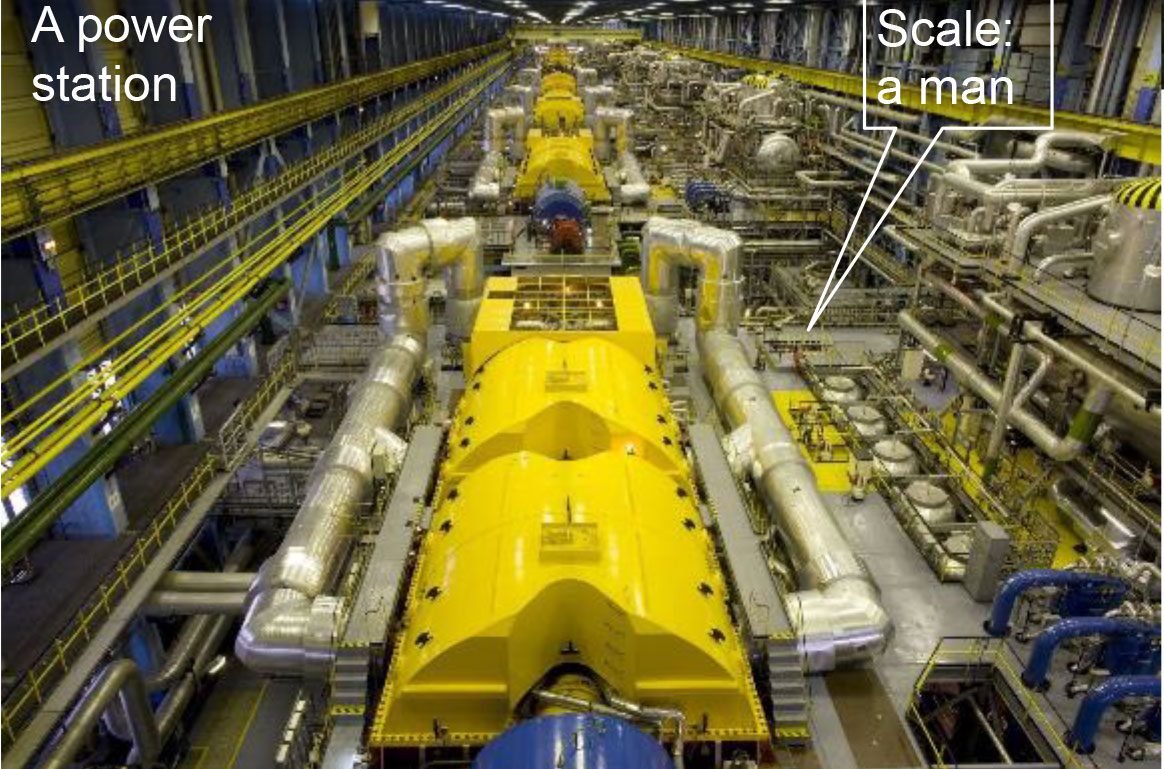 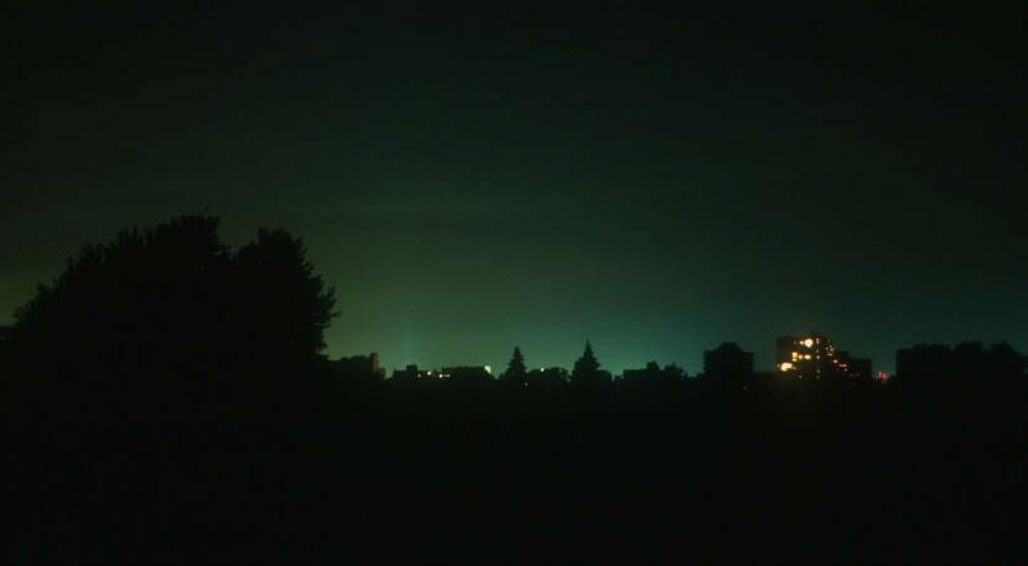 Therefore National Grid had to undertake a number of actions to preserve grid stability. These include:

The total cost of these, over a bank holiday weekend, was £51m: 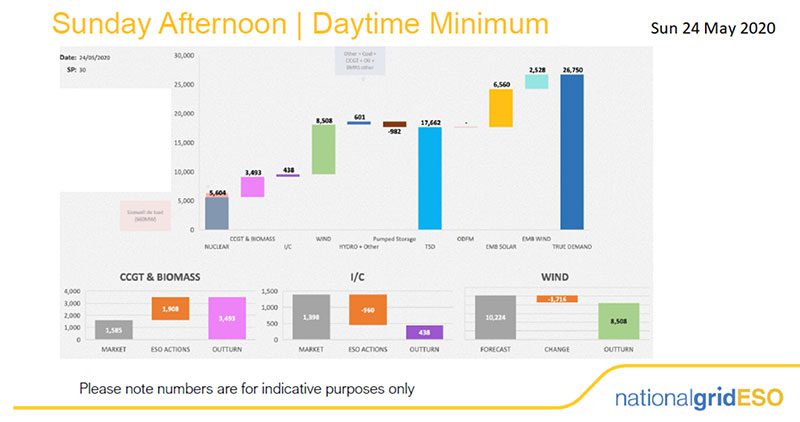 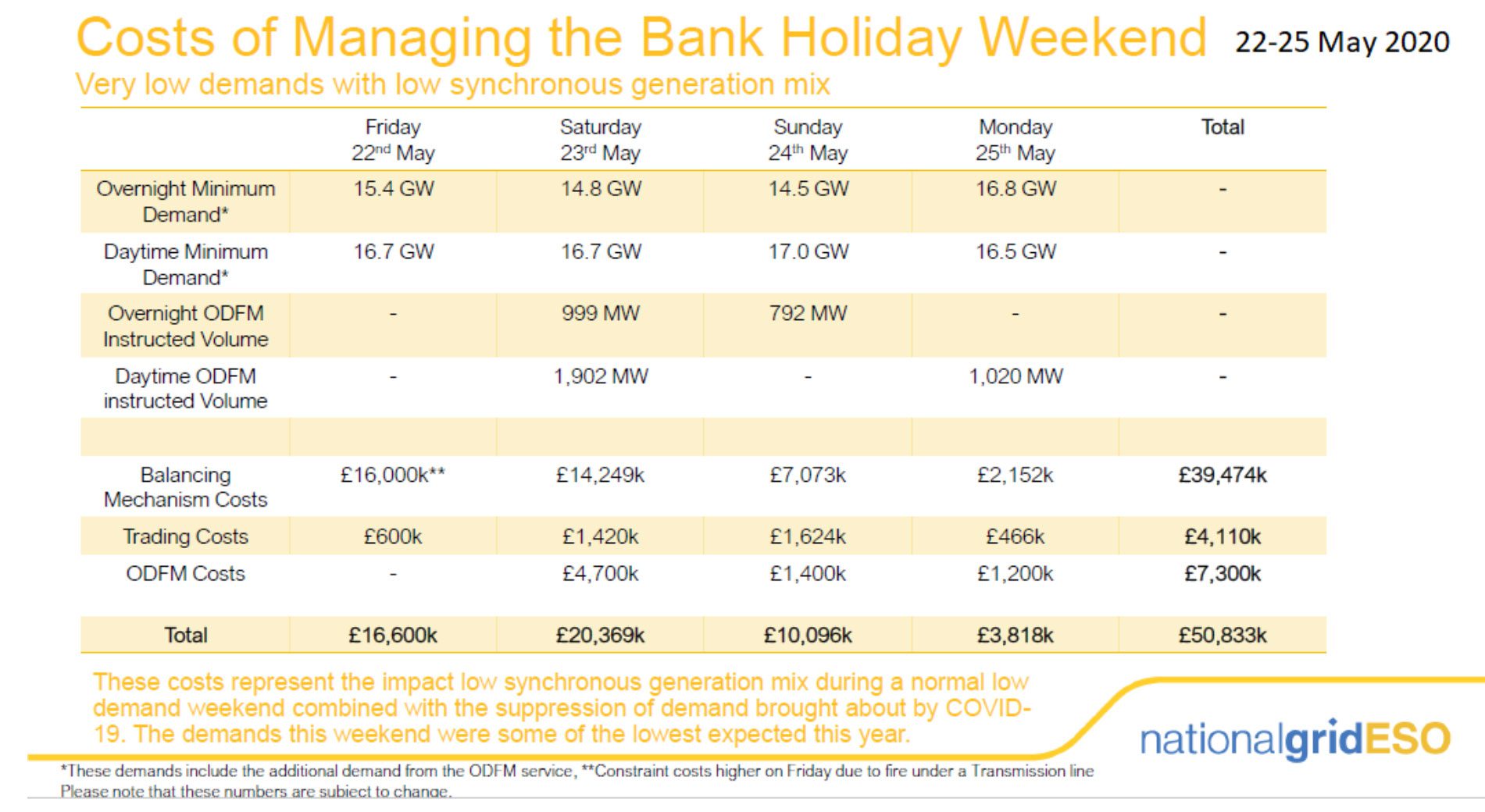 And this was not the weekend with and greatest actions, as solar was not very high. And these costs exclude increased imbalance costs and trading price volatility, the total of which are likely to be considerably higher. Not only is all of this activity exceedingly expensive, but also it increases the grid’s emissions. All of this would be completely unnecessary if there were sufficient of Storelectric’s CAES on the grid.

By the 2030s and 2040s, more power stations will have closed – they may not even be available to be turned on if needed. Interconnectors and DC connected generation will have at least doubled in importance. this situation will be much more frequent – indeed, it is likely to be the normal state of affairs in summer, and quite usual in spring and autumn.

In early June 2020, demand suppression was 11.9%, yielding a carbon intensity of 46g CO2e/kWh. The annual cost of National Grid actions May-September (5 months) is forecast to be £831m for 10% demand suppression. If similar proportions of renewable energy were to be delivered without demand suppression, the cost would be £831m divided by 90% = £923m. Extrapolating, the balancing costs of a 2040 grid would be £1bn p.a. for those five months alone – assuming (rashly) that sufficient gas-fired power stations will still be available and will remain as cheap by then. This is a rash assumption as they will generate much less electricity per annum than today, so all their annual running costs and amortisation etc. will need to be recovered over such services alone, increasing the price of those services. And note that these costs are for only the peak 5 months in the year. For such services, it can therefore be predicted that year-round costs will exceed £1bn p.a. by 2030.

To the above “summer minimum” issues can be added the lack of electricity on the grid when renewables are not generating sufficient for demand and interconnectors cannot make up the shortfall, such as after sunset on a windless winter evening, or during weather patterns that extend such low-generation period to days or weeks – which will also be a frequent occurrence by the 2040s according to most European countries’ energy transition plans. These are the subject of a separate brief.

National Grid provided the following estimates of the costs of summer flexibility with 5, 10 and 15% demand suppression – probably best considered as renewables being a much greater percentage of demand to those degrees. This falls far short of the costs that would arise in a 100% renewable grid. Just for these low levels of renewable penetration, costs are forecast in the range £592m – £725m for the 4 months  (£742m – £911m including September).