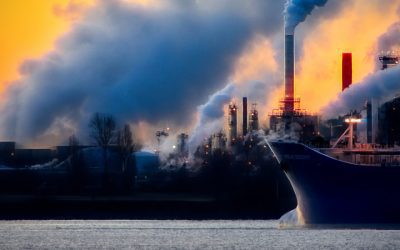 100% renewable energy is a target for the energy systems by 2040, though if it can be achieved by 2030 (which I doubt), then so much the better. It’s important for energy to go to zero because it’s possible without additional costs in the overall system, if done properly with good regulation and lots of large-scale long-duration storage (see various other blog posts). This will enable other sectors (e.g. cement, chemicals, plastics) which can’t decarbonise as cheaply or as “easily” (I’m not saying energy is easy, just less challenging than other sectors) to continue to emit some greenhouse gases while the economy as a whole meets its climate change targets.
And we need to hit our climate change targets to stop man-made climate change. Yes, the planet has warmed before by more, but never as fast – in a couple of hundred years this time round, as compared with millions of years the previous times. And each previous time has been accompanied by mass extinctions worldwide. We’re currently at the start of a mass extinction event, and I really don’t want it to pick up speed while I am around.
Moreover, we think that migration is primarily driven by economic aspirations. In large part it is, but a lot of it (e.g. from the Middle East and the Sahel Belt) it’s driven by encroaching deserts, which are driving up warfare and other instability. There are forecasts (admittedly, these are high-end projections long into the future) that by 2100 up to three quarters of a billion people will be displaced by growing deserts and another quarter of a billion due to rising sea levels (this study says 148 million by 2050) – that’s enough to overwhelm any country’s or continent’s border controls. And that ignores those displaced by the increasing frequency of extreme climate events in America and world-wide. Moreover, that’s accompanied by a huge reduction in farmland in some areas (with some compensation elsewhere), hence in food, for the entire world. Even if the numbers are too high by a factor of 2 or 4, I really don’t want to risk that for my own selfish reasons, let alone in consideration of the humanitarian tragedies that this would entail world-wide.
Click here to download the full PDF